Once inhabited by the Gumbaynggirr people, the seaside town of Sawtell was commonly referred to as Bonnie Bonville until the mid 1920s.

Initial attempts to form a surf life saving club in 1926 were not successful and it was not until 1932 with support from Coffs Harbour Surf Club that Sawtell SLSC was established.

Over the following years the Club has at times struggled and at other times thrived but can proudly report “no lives lost” whilst the beach has been patrolled.

A snapshot of Sawtell‘s history shows that the Club

The following club members have been recognised for their involvement in the movement at a high level: 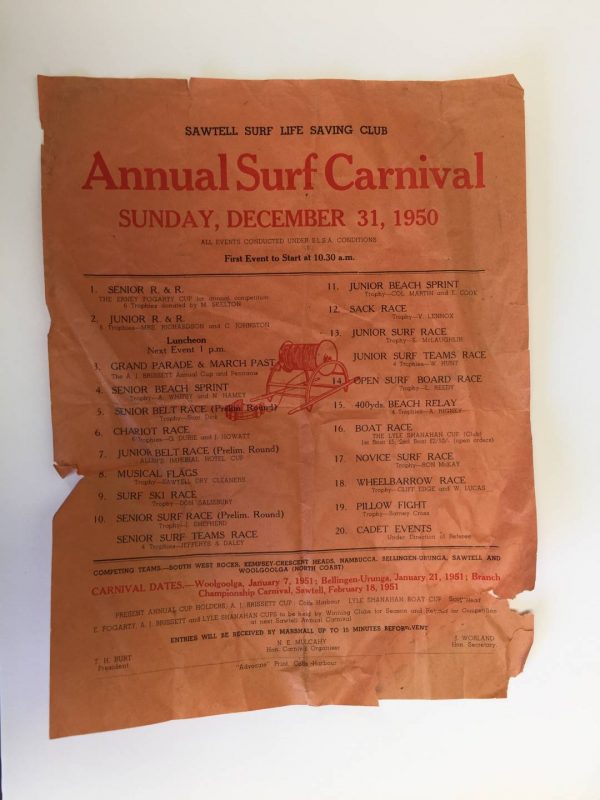